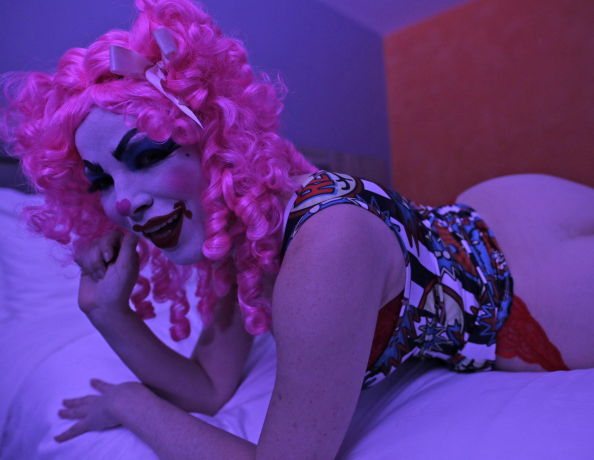 The handcrafted content, a longtime passion project, is “equal parts horror and erotica,” said Vespoli. “It is series of standalone stories set in universe where these characters can return. Fear, dread, desire and arousal are explored in carefully crafted scenes, along with themes of transgression, life, death and the supernatural. Also, it’s kinda hot to fuck monsters, so there’s plenty of that!”

“I’ve always been drawn to horror; it’s my favorite genre,” said Vespoli. “I love the films of Dario Argento and Pascal Laugier; I also love Stephen King. This has always been something I wanted to do. In horror, the kind of urgency that you feel is comparable to sex. It elicits visceral reactions. Also, it’s so transgressive. I’ve seen many horror films that transcend the genre; they actual move you. They can leave you feeling aroused, for fear and arousal are so closely linked.”

Vespoli will come up with a story, “and I don’t ever question it,” he notes. “And when we get to set that day she says, ‘Show me what you got.’"

Vespoli praised Genoa’s artistic eye and collaborative spirit. “Sal is the most talented camera and lighting guy I know, and he knows perfectly how to execute my ideas,” she notes. “We talked about collaborating on stuff, and I thought, ‘Let’s do horror!’”